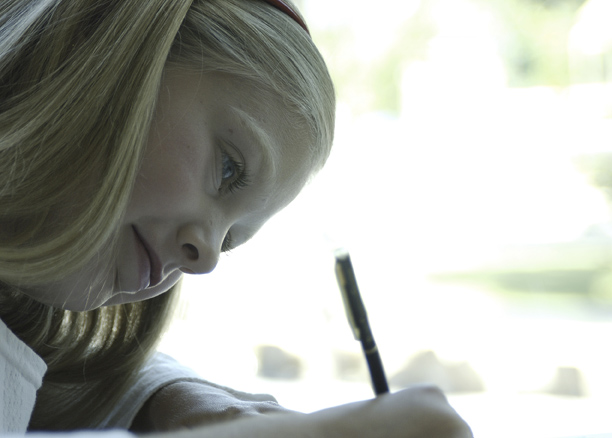 The other day I was thinking about the reason that I always (well mostly) write things down. For example, I have three items to get at the shops and I write them down on a sticky note or a notepad page, put it in my pocket and go to the shops. I hardly ever never need to look at that short shopping list as it is already in my memory. In the past, I’ve maybe though I need to get these three things at the shops and by the time I get there I have forgotten at least one.

In this article, I will explain how writing things down helps me as an aid to memory, some research behind it and I’ll go through some of the ways it helps.

My first memory of writing things down to remember them was from when I was studying for a pension’s qualification almost 20 years ago and others were studying for these exams too. One person was highlighting paragraphs in the text book and I thought I would try that technique but it didn’t work for me. I saw someone else underlining just the keywords or phrases that were important to the subject. I figured that was too similar to the highlighter and I needed something more.

Another person was writing out pages and pages of notes, line for line from the text book and they said that they hoped it would sink in. They had been told that writing it down was an easier way to invoke it in memory than reading the subject. I didn’t want to write out the text book line for line to try it out although I did appreciate the idea that writing it down would be better than just reading and highlighting so I took this concept but with the idea of only writing down the important facts and preferably in my own words. Putting it in your own words if you can helps even more as you have to understand it to be able to reword it correctly. I’ve passed lots of examinations using this technique.

As I mentioned earlier, writing it down also helps with shopping lists but it helps me remember things at work too. Every meeting I attend, whether on the phone or in person, I do so with a notepad and pen. I make notes of all the things that I think might be important and sometimes I even ask for the other attendees to hold on if I want to get everything important written down without missing something new. Perhaps I should learn shorthand.

Most of the time, I do not need to refer to these notes as I remember all the things I have to get done. I actually write my name next to the things I need to do like “Pat to contact such and such”. I can’t remember everything that I have written so I do like to read through any previous meeting notes before attending any follow up meeting and there have been sometimes (although not many) that I have missed something important.

Anyway, I got to thinking about why is it that I remember things better when I write them down. I thought maybe it was a throwback to doing lines at school to reinforce the teacher’s message but then why did that work? Perhaps it was because I am using more senses when I read/listen and write rather than just read or listen. I decided to look it up on the internet to see if there was anything scientific about it and I was going along the right lines. I found several articles that suggested that there is some science behind this thinking. One of these says it is to do with using a different part of the brain to write that is more closely related to memory. I thought that sounded plausible and so that is the research bit covered off.

Here’s a snippet from a Life Hack article http://www.lifehack.org/articles/productivity/writing-and-remembering-why-we-remember-what-we-write.html.

What’s especially interesting is that writing things down appears to help us remember the important stuff, and that the better our notes are the more likely we are to remember.

When we listen to a lecture, the part of our brain that handles listening and language is engaged. This passes some information on to our memory, but doesn’t seem to be very discriminating in how it does this. So crucial information is treated exactly the same way that trivia is treated.

When we take notes, though, something happens. As we’re writing, we create spatial relations between the various bits of information we are recording. Spatial tasks are handled by another part of the brain, and the act of linking the verbal information with the spatial relationship seems to filter out the less relevant or important information.

Of course even writing everything down is not going to commit it all to memory especially if there are a lot of steps to remember. Recently, I was reminded of another reason that I write the helpful hints section on my website. Quite a few of the tasks that computer people and many others have to tackle have complicated steps that are hard to remember when performing these tasks so infrequently. So I have been adding these sort of infrequent tasks to my blog when I get asked about them to that so that they are searchable and may benefit others too. I’ve quite often referred to these helpful hints and other articles throughout the year and pointed others to them too.

As an example of this that is fresh in my memory, my wife was having trouble with her computer randomly freezing. This happened to her quite often when she opened Outlook but it did not occur all the time. For example, it didn’t freeze if I was standing over her shoulder watching. I know this happens to a lot of people when they go to show someone from IT a problem on their computer and the issue is no longer there. So I couldn’t find anything wrong with it and everything I tried worked fine.

Eventually, I did see it freeze but on restart it worked fine. Then one day whilst I was out, my wife called to say it keeps freezing and earlier she could hear a slight clicking noise. Even though it wasn’t clicking after she restarted it, I told her to shut down and pull the plug out of the mains and I would look at it when I got home. That didn’t sound good but I remembered how easy it was using the tools found in Windows 7 and 8 to transfer one drives contents to another.

I put in an order for a replacement hard drive to be delivered the next day, which it did. As soon as the drive arrived, I switched it on and followed the “instructions from my website to transfer from one drive to another” article. It’s not something you do every day so it’s easy to forget where things are especially as they seem to have hidden away so much in Windows 8. Actually, I didn’t need all of the steps but I did need to look up where to find it in Windows 8 to get me started. There were a couple of other tips in that article that I had forgotten about too so it doesn’t mean that you will have perfect recall if you write it down but I do find it helps in most cases.

So, if you are like me and can’t remember all of those things you don’t practice very often, my advice is to write it down. You will remember a lot more and even if you don’t publish it, you will still have it ready for next time that you forget.

Does writing notes help you to remember?