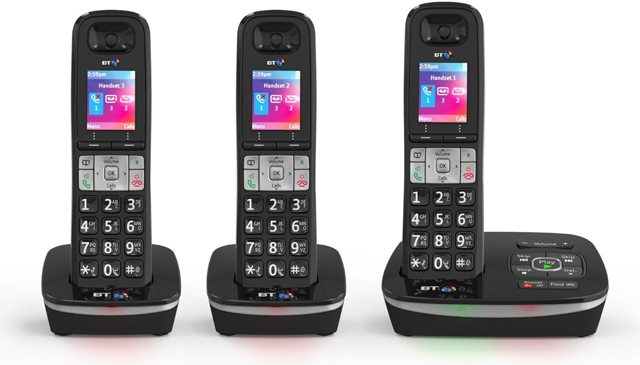 ) – single, duo and quad handset packs are also available. Apart from its obvious claim to block calls it has all the features of most other telephone and handset packs plus the sound quality, ease of use and stylish design make as good as or maybe better than any other phone kit I’ve had in the past.

I still can’t believe how great this product is and great value for the money. It’s such a simple idea; a telephone that interprets the caller ID and if it’s in your telephone book or on your white list it lets it through uninterrupted but otherwise it asks the caller to announce themselves and it doesn’t even ring on your end unless they do.

It has reduced the number of unsolicited calls by 100%. We don’t get any at all! I really didn’t believe the claim and figured if it stopped half of them it would be doing a good job but it actually lives up to the claim!

When someone rings me from a number not in my address book or on the optional white list that I haven’t bothered with, it will not even disturb me until the caller has announced themselves. So, if they do announce, it rings at my end, I listen to the caller’s name and then decide if I want to take it, refuse the call or send it to the built in answer machine.

I don’t know if the telesales companies have a way to detect that the BT call guardian is on or not. The reason I say that is because we don’t even receive any missed calls and we are not bothered by sales calls (or phone scammers) at all. Even unwanted legitimate callers (people who you have given your number in the past but who you really don’t want to speak to) are put off by having to announce who they are to the automated call guardian. Anyway, as soon as we turn off the call guardian the unsolicited sales calls start so it makes me suspect they have a way of detecting it.

You do need to have the caller display service operating and your telephone provider might charge you for that. I think ours costs less than £2 per month with BT. However, even if you don’t use it to block nuisance callers the phone is still one of the best home phones I have encountered so it’s still worth the money and it comes either as a single handset or in a pack with one, two or three additional handsets.

) and the Arduino Starter Kit with UNO Board

The Wi-Fi Modem has been pretty useful on many trips away, not just for the journey but when you get there too and don’t want to use the public Wi-Fi and it also came in very handy when we had a power cut as I could still get online with my laptop to find out what was going on with the power company and the kids could stay entertained with their tablets.

The Arduino has been lots of fun and its great going through the starter kit projects with the kids (I wish it had been around when I was a youngster). The Arduino combines electronics and computer programming and with all the plug and play components and solderless breadboard it is very easy to use. I am pretty sure I will be writing more about the Arduino in the New Year.

The best hardware purchase that I made during 2015