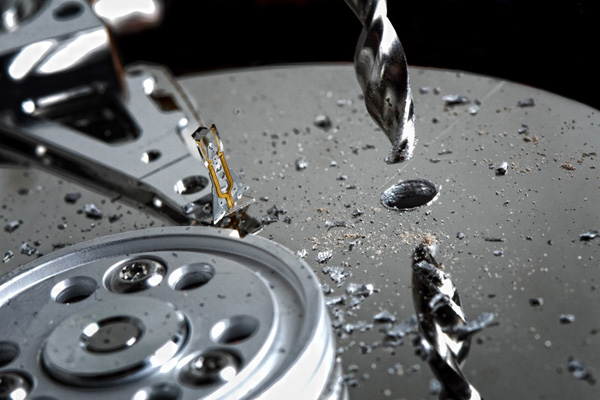 It is far better to protect your data against loss than it is to rely on others to be able to recover your data for you and not only because of the cost implication. If you have to send your drive away then it might go missing in transit, it might not be recoverable or it might fall into the wrong hands. You cannot know when your disk drive will fail and each disk drive will usually only have a lifespan of 3 to 5 years. If you back up your data regularly then you shouldn’t need to worry, if your drive fails you can just replace it and dispose of the old one (see disposal below).

However, there will be times when a hard drive fails before it was backed up and you just can’t live without it. In those cases you have some recovery options available.

If the drive in question also contains your operating system then you will not usually know if the hard drive has suffered a corruption or a mechanical failure. If your failed drive is a portable drive then it might just be that it has stopped working on that machine, in which case you should try it in a second machine. 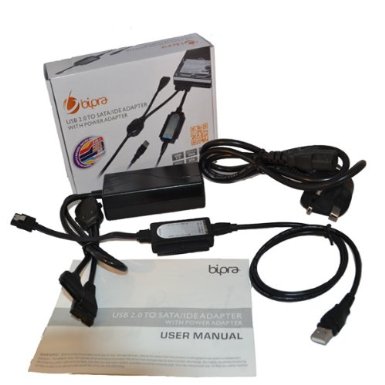 Let us assume that it is your main hard drive with an operating system on it. In this case, you will need a second machine and a USB drive adapter kit (as shown in the picture and available from Amazon).

You remove the hard disk from the faulty machine, connect the cables including the power cable and plug it into the USB port of the second machine. If you can read the files on the drive, you are in luck as you can start copying them on the second machine (don’t wait though as I did this once and could read the files and by the time I had a replacement drive ready the hard disk mechanically failed) – get the data off as soon as you can!

However, if it’s not a mechanical failure you may still not be able to read the drive using your operating system so you may need some software such as ISO Buster, Data Doctor or many others (search for data recovery software). Using these recovery applications you can usually see the files (including deleted files) on a corrupt disk and can possibly recover most if not all the files. Once again, if you see the files you are after, recover them to another device without delay.

If the drive is not very old (i.e. less than 3 years old) then you might want to wipe it clean after a data corruption and re-use it. If it is older then I suggest you dispose of it.

I have sometimes been able to recover a certain amount of data from a failed drive without sending it away to a specialist. I’ve done this by using the connection method above and changing the position of the drive (upside down, on its side, at an angle, etc…). There’s only a small chance of this working but it’s worth trying this before sending the drive away or giving up.

If you have a mechanical failure or any old drives that you want to dispose of (even old ones that still function but you have no use for, such as those with limited capacity), it is worth doing this properly. It is still possible for people to recover data from drives given enough time and money and because formatting (wiping) the drive never actually deletes files, you may be exposing your private data unnecessarily. I don’t want someone finding my old files a 1,000 years from now!

The best way to destroy the drive is to drill several large holes through the disks that are inside the hard drive (I’ve also used a hammer and chisel before). Then take the drive complete with drill holes to a local recycling centre where it will be melted down and re-used.